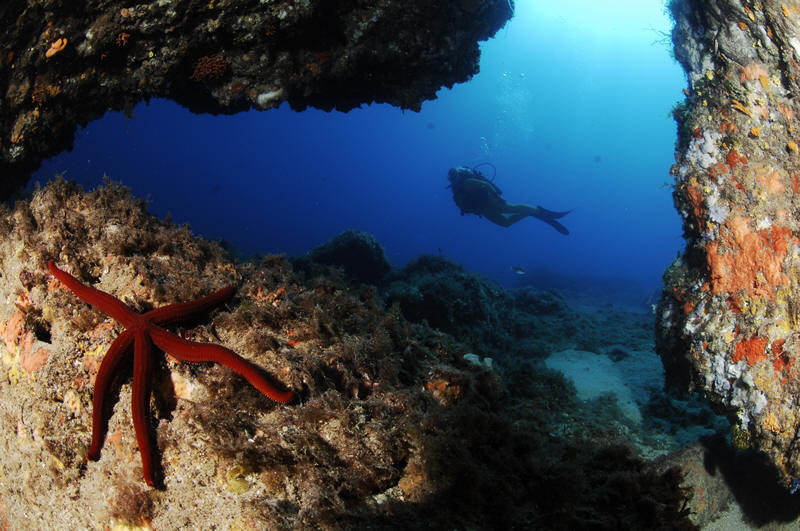 The sea coast boasts a delightful variety of coves and rocky formations which open invitations for scuba diving. The most well-known are: Galea, Formicoli, Vadaro, Paradiso del sub and Sant’Irene. The limpid waters and the clear colours of the water allow you to see sea archins, octopi, jellyfish, and a fascinating selection of colourful fish which make your dive very interesting. Dining along the coast will mean an unforgettable experience. (see the photo album). 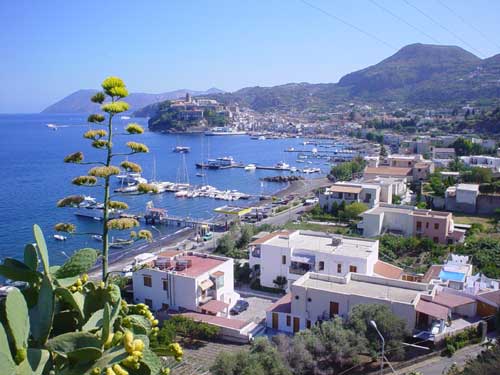 the Aeolian Island Archipelago also called the Lipari Islands. These Italian islands are in the Tyrrhenian Sea and include two live volcanoes, Stromboli and Vulcano. They are an ever more popular tourist destination: as many as 200,000 visitors cross the sea to them every year. There are seven islands in the archipelago in a ‘Y’ formation, ALICUDI – FILICUDI – LIPARI – PANAREA – SALINA – STROMBOLI E VULCANO. Organised excursions to the islands leave from the Zambrone coast three times a week. (see the photo album). 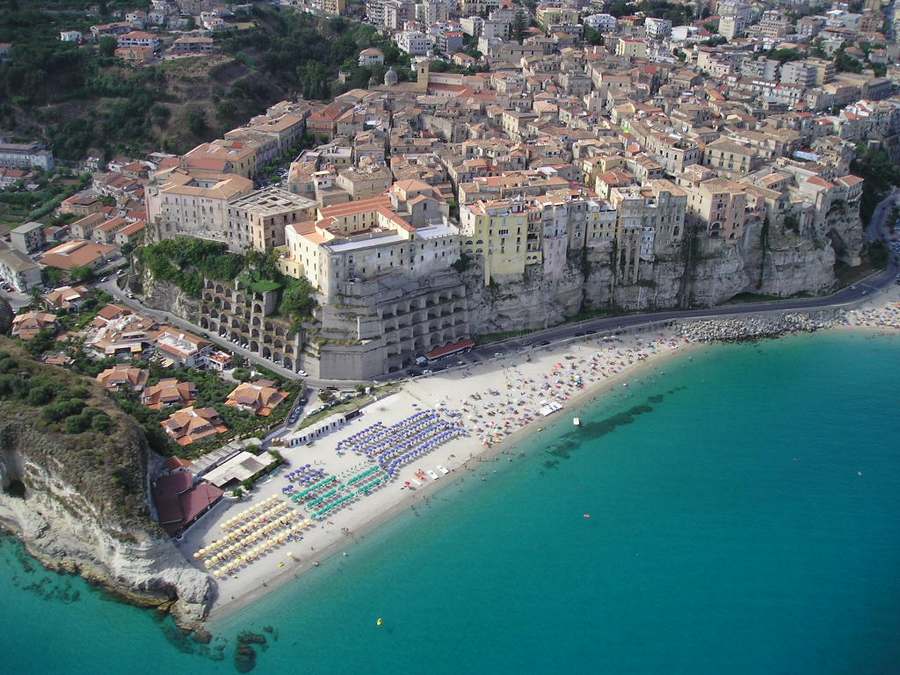 “THE PEARL OF THE TYRRHENIAN SEA”, also famous for its RED ONIONS, is one of the smallest municipalities in Italy when considering the actual land upon which it is built but one of the biggest when considering its crystalline sea, a unique wealth, that people the world over admire. Tropea is built on the top of sheer cliffs and the historical town centre boasts renaissance buildings, once the homes of nobility, and a splendid Norman cathedral. One of the major attractions of the town is the church of St Mary of the Island built on a dry island just below the cliffs but the well-preserved old town and the bustling marina are also very popular. (see the photo album). 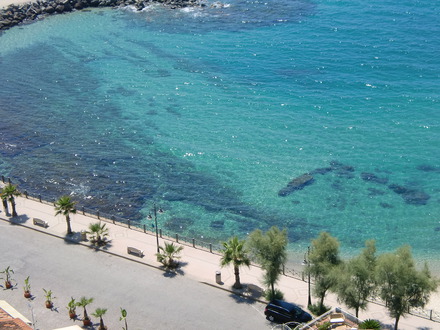 Pizzo is famous for the production of truffle (not mushrooms) but ice cream (which is one of the flagships for the Pizzo ice cream parlours) its artisan truffle ice cream – the pride of the local ice cream parlours – and for its ice creams in general, to the point that Pizzo has been called the town of ice cream. Pizzo is built on the top of cliffs and rises up the steep rocky incline. Its coast is rugged and boasts sandy  beaches and rocky ones too. It is not far from the airport in LameziaTerme so it is easily reached from all over Italy and Europe. The centre of old Pizzo is dominated by the castle where Napoleon Bonaparte’s brother-in-law,  king Gioacchino Murat, King of Naples, was imprisoned. Another of the attractions of this sunny town is the church ofPiediGrotta, built in a cave and accessed from the beach. This church, defined as being one of the most spectacular expressions of the people’s art, was built at the end of the 1600s by some Neapolitans who were saved from shipwreck along the coast. Another famous local product is the tuna in olive oil. 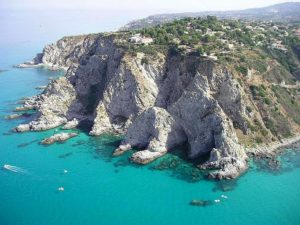 Capo Vaticano is a long stretch of coast in the municipality of Ricadi, visited by thousands of tourists every year. It is full of hotels and places to stay. The beaches are at the feet of magnificent cliffs whose beauty contrast and and complement the stunning sunsets over the Aeolian Islands. Groticelle is the most well-known beach, one which is on the list of the best beaches in Italy. There is a splendid belvedere by the lighthouse from which it is possible to see Sicily as well as to admire the sunsets. (see the beach photo album). 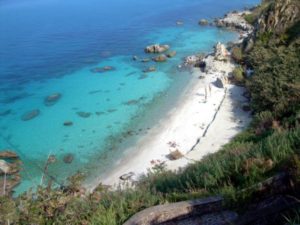 Parghelia,is another village along the Coast of the Gods. It was almost completely rebuilt in the 1920s after its destruction in the 1905 earthquake. The only building to survive the quake was the church of Our Lady of Porto Salvo. Thanks to its beautiful beaches and its closeness to Tropea it has become a popular tourist resort. (see the photo album). 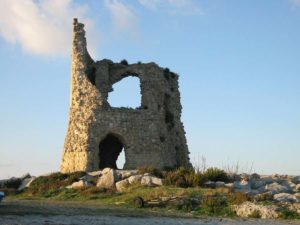 Briatico is a municipality on the Coast of the Gods.  It is an important tourist destination. In 1783 Old Briatico was destroyed by an earthquake. The old town was on a hill and today all that can be seen of it are the ruins of a mediaeval castle and the old town centre that once held 12 churches and 3 convents making it a very important cultural centre.

Two of the ancient towers used as watch-towers against Turkish invasions still remain on the coast – Rocchetta and Torre Sant’Irene. (see the photo album).

Vibo Marina is on the coast of the Tyrrhenian Sea in the Gulf of St. Eufemia. A small town at sea level, it is popular for a relaxing stroll along the sea front by the marina. (see the photo album).

Spilinga is another Calabrese village in the hinterland of the Coast of the Gods. It is well-known for its production of ‘NDUJA, a soft, spicy sausage. Pilgrims visit the GROTTO OF OUR LADY OF THE FOUNT, now a shrine which is surrounded by the typical local vegetation and where there are natural water springs. (see the photo album).

The Carthusian Abbey in Serra San Bruno (Carthusian Monastery of Saints Stephen and Bruno) an abbey which is a popular pilgrimage destination. Nestling in the woods on the outskirts of the little town of Serra San Bruno, this destination is steeped in natural beauty, culture and prayers. Pope John Paul and Pope Benedict both visited the abbey – in 1984 and 2011 respectively. (see the photo album). 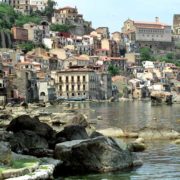 Scilla is an important tourist destination along the Reggina Coast (the area around Reggio Calabria). It is one of the most suggestive burghs in Italy and is very popular among artists. Chianalea, which takes its name from an ancient boat, is separated from Scilla by the rocky outcrop where the castle sits. It has a small beach because most of its coast is rocky yet it is a natural paradise. It has been called the SEA SIDE CRIB SCENE due to its characteristic position on the cliffs above the sea. It is certainly a romantic place to visit in the evening. (see the photo album).

Reggio Calabria is one of the most important towns on Calabria. It is a provincial centre, rich in history and culture. Many tourists visit the town to see the famous RIACE BRONZES (ancient Greek statues found on the sea bed of the Ionian coast of Calabria in 1972). The old part of the town has a splendid number of noble mansions, churches, monuments and a magnificent cathedral. Remember to stroll along the ‘most beautiful kilometre in Italy’ (as the author G. D’Annunzio called the promenade) where centuries-old trees make a backdrop to the statues of Rabarama. (see the photo album). 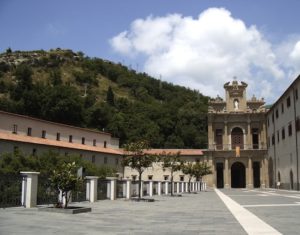 Il Shrine of Saint Francesco of Paola nestles in the hills above the town of Paola, the home town of this Calabrian saint. A narrow valley with an impetuous stream and rich vegetation marks this shrine. Pilgrims come from all over Italy but more particularly from Calabria – St. Francesco is the Patron Saint of Calabria. The remains of the saint are to be found here (except for some parts which are to be found in Tours in France). St. Francesco worked great miracles during the construction of the shrine in Paola. (see the photo album).